Welcome to Amelia-Elena Rotaru’s lab at the University of Southern Denmark. We study methane-producing Archaea with a particular focus on extracellular electron transfer, interspecies interactions, and microbe-mineral/metal interactions, as well as microbial electrosynthesis (especially electromethanogenesis). We are interested in the role methanogens have in greenhouse gas emissions and the control of such emissions. We are interested in answering fundamental questions about the physiology and metabolism of methane-producing and consuming archaea and how we can harness their metabolism. In addition, we are interested in providing the research basis for future carbon capture and energy storage technologies to produce fossil-fuel-free renewable resources and control harmful microbial processes. Our work lies at the interface of environmental microbiology, microbial biotechnology, functional genomics, and electrochemistry. 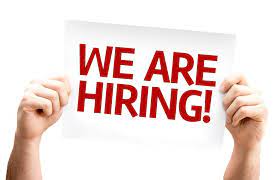 Recent discoveries in our lab

Mads Schou Vammen (directed) and Mon Oo Yee helped create this video a couple of years ago. Although it was intended for a Johnson & Johnson award (which I never got), it gives a fantastic 1-minute overview of my labs’ research vision.

Other places where you can find us:  Google Scholar; Twitter; ResearchGate