I am an associate professor of Microbial Biochemistry and Physiology at the University of Southern Denmark. I received my Ph.D. in 2009 from the Max Plank Institute for Marine Microbiology in Bremen, Germany. After graduation, I took two postdoctoral positions, in 2009 at iNANO Aarhus University and in 2010 at the University of Massachusetts Amherst. I returned to Denmark in 2013 with a fellowship from the Danish Research Council (DFF). Next, I established a research group at the University of Southern Denmark after being awarded a highly competitive DFF national grant (Sapere Aude) in 2015, along with a couple other grants (from Novo Nordisk and Innovationsfond).

Over the past eight years, my overarching research theme has been the physiology of electroactive microorganisms. I am primarily investigating microorganisms with high potential for biotechnological applications. Some examples are microorganisms involved in interspecies interactions during anaerobic digestion, microorganisms influencing biodeterioration of materials, or with the ability to sustainably produce chemicals for various industries. 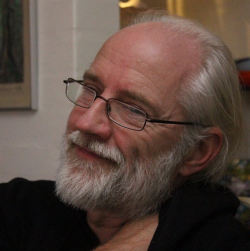 Lasse has been educated as a science teacher at Holbæk College, and as a lab technician at the Technical College Slagelse. Prior to joining our team, Lasse worked mostly as a laboratory technician for two national labs, one dealing with occupational health and the other with food hygiene. Lasse is a fantastic teacher not only showing the whereabouts of lab-work to first-year B.Sc. students but also anyone else that joins our lab.

Casper majors in Biology at SDU. He started his BSc in 2017. In 2019, Casper carried out an independent study activity in my lab using microbial fuel cells and sediment batteries. During his study he observed that poluted sedimens from a harbor in Copenhagen were dominated by a members of the seventh order of methanogens – Methanomassilicoccales. For his BSc thesis, Casper will be studying how dominant this group of methanogens is in sediments and whether he can isolate them.

Malene majors in Biology at SDU. She started her BSc in 2017. In 2019, Malene carried out an independent study activity in my lab on plastic degradation by fungi, and showed removal of plastic particles by Pleurotus. For her BSc-thesis, Malene will be looking at the impact of voltage on microbial consortia.

Kelsey is a postdoc in the Posth-lab at the University of Copenhagen where she works on determining how plastic pollution impacts carbon cycling in the environment. Kelsey is visiting our lab, where she is running experiments testing plastic degradation by anaerobes.

Satoshi worked on the biochemical mechanisms employed by methanogenic Archaea when corroding iron. He was part of the team from 2015 to 2018. He is now a postdoctoral researcher at the University of Akron.

Oona started working at the University of Southern Denmark on iron corrosion by methanogenic consortia, and later on electromethanogenesis for biogas upgrading. Oona was part of the team from 2016 to 2018. She is now an entrepreneurship talent fellow at Michigan State University.

Xiaochen joined the team during the summer of 2018 for a two months internship in order to learn how to run bioelectrochemical experiments and fluorescence in situ microscopy. Xiaochen is now back in China doing a postdoc.

Daniel worked in my lab during his Masters in Bioengineering. He was co-supervised by Lars Ottosen (AU), Michael Køfoed (AU) and myself. Daniel received his master’s on the sustainable synthesis of non-toxic biodegradable plastic polymers. This was a project contribution to my 2015 NovoNordisk award.

Hans did an ISA project with Paola and me investigating highly corrosive communities enriched from a ferruginous lake. Hans is now finishing his B. Sc. in Biology at SDU.

Viktor worked with Mon on electromethanogenesis. Viktor is now doing an MSc at the Department of Biochemistry and Molecular Biology, SDU

Rie worked on acetate electrosynthesis using Clostridium. Rie is now doing a Ph.D. in Biogeochemistry of deep-sea microbes under the supervision of Prof. Ronni Glud.

New publication from the lab and a Nature Microbiology blog