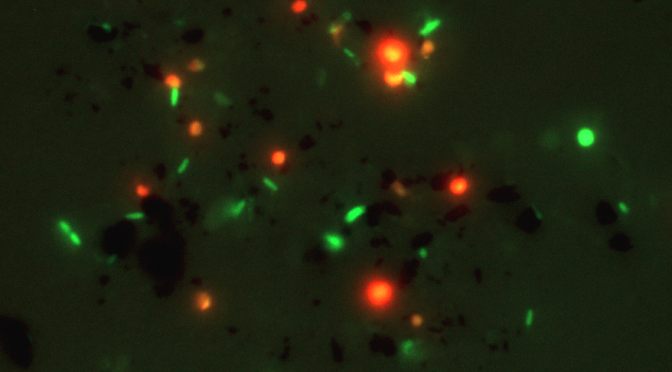 Finally, great to see our BioRxiv paper just published by mBio. Also, SDU Nat’s press officer (Birgitte Svennevig) published a EurekaAlert and a press release on SDU’s website calling attention to our work. This work is a contribution to a project funded by the Danish Research Council in 2013.

Just before the paper was released I visited Wageningen University were I held a workshop and lecture on conductive particle-mediated syntrophy. It was an absolutely fantastic experience to lecture on syntrophy at a place where syntrophy has been studied for decades. The Wageningen visit was only possible thanks to A/Prof. Diana Sousa. Thank you Diana for the invite!